What Environmental Risks Are There In An Automotive Workshop?

A lot of factors are contributing to the current environmental situation not only in the country but globally. Automotive workshops are one among the list of other factors that are becoming highly dangerous for the environment. We need a clean environment to live a healthy life. However, the circumstances are not expected to be favorable if we continue harming the environment filling it with gases, fumes, and toxic material.

The ozone layer is continuously thinning down which is why the gases are also increasing. Everyone knows what depletion of the ozone layer will cause, but no permanent solution has yet been made by any governmental authority or any waste management company. We have compiled a list of all the environmental risks that the automotive workshops are causing so that the management of these shops would take some serious action for improving the scenario.

Have you noticed a strange odor whenever you enter an automotive garage? This smell will be completely different from any of that you sense every day. This is because of the type of work that happens in the workshop. Oil leaks, paint smells, fluids, and other lubricative chemicals. Chemicals and the toxic fumes released from the exhaust or engine of your car when it is up for repair. The mechanics accelerate your engine too much so that all the chemicals and debris are removed. However, it gets mixed with the air and contributes to the already polluted air. Almost a quarter of the percentage for the reasons of air pollutions comes from these workshops for recklessly using repairing methods.

Toxicity In Soil And Ground

The toxic liquids, oils, and fumes are not only released in the air, but they are also wasted down the street, or simply get absorbed by the soil or ground. Some automotive garages have a barren outdoor area specifically for the purpose that the oil, hydraulic fluids, lubricative, and other chemicals from cars are cleared there. However, not all chemicals can get absorbed into the soil quickly. It takes time for them to absorb, and it ultimately increases the risk of toxicity. Even if a garage disposes of such waste in landfills, the situation remains the same because the fertility of the soil is greatly affected due to these hazardous liquids.

There was a time when industries were the major target of criticism for disposing of their liquid wastes in nearby lakes and rivers. That situation was not yet fully controlled and another one emerged in the form of automotive workshops’ liquid wastes running down the sewer and water lines. Most of the workshop managements have stated that they only dump the toxic waste in the sewer lines. However, it is also causing enough damage to the environment. Sewer pipes are made of plastic or metal that can rust or melt due to the severity of the chemical compounds used in these liquids. Consequently, that toxic sewer water leaks and gets mixed with your water lines polluting the water.

Another great issue for automotive workshop owners is that sometimes the junk of the cars such as spare engine parts and body parts are hard to dispose of by themselves. They leave them unattended in different areas of the garage to rust and corrode. What they don’t know is when the metal starts to rust it releases fumes of high toxic levels that are not seen with naked eyes. Other parts such as air filters, exhaust, and car batteries have already a lot of chemicals and fluids. Keeping all this junk within the premises of the workshop is not only dangerous for the environment but also the health of the workers and customers.

Dust, asbestos, working in chemical fumes, being exposed to chemicals, and breathing in poorly structured ventilation systems are only a few of the dangers that workers have to face in an automotive workshop. There are a lot of health hazards that are mostly neglected until the situation turns grave. Mesothelioma is a lung disease most common in workshop mechanics as they continuously breathe in asbestos-filled dust. Other health risks are poisoning, skin issues, birth defects, cancer, chemical reactions, and issues infertility.

What Can We Do About It

There is a lot to do if we want to control the ever-growing environmental threats. However, only stable and effective disposal management can help us reduce the risks. A permanent solution is yet to be found because burning these chemicals will only create more damage. Burying them will rip the soil of her fertility, and releasing them in water will pollute it. We need a proper waste management plant that will only specialize in handling automotive waste so that it can contribute to improving the environment instead of damaging it. 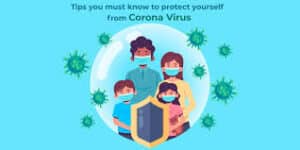 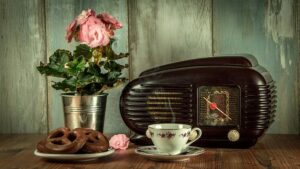